This is one of our first projects. The Ministry of Education and Science of the Central Government had a Secondary School building as a “prototype project” in Santa Cruz de la Zarza. It required expansion in two areas, the first, two new pavilions for classrooms and the second, a new building for a library and special rooms, laboratories, music rooms, etc.

The Ministry imposed the condition of using the same materials as those used in the pre-existing buildings of the teaching complex.

The new buildings establish a volumetric dialogue with the pre-existing structures, so that it completes the image of the complex, configuring itself as extremes of the playground, positioning itself symmetrically concerning the central axis ordered by the complex.

These are simple volumes that respond to the concept of “spatial container” with interior compositional freedom, for which three main elements are managed: the ceramic enclosure wall, the structure-roof concrete shell, and the galvanized sheet metal prism that forms the lobby highlighting the accesses. The complementary services building is located on the axis, achieving a visual unity of the complex, designed in the same language.

Unfortunately, we do not keep graphic or photographic information of the new buildings, carried out in two phases. We present here a photo of one of the side pavilions along with the floor plans of the central library building. 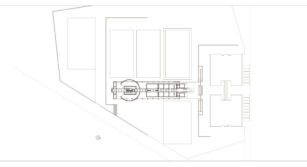 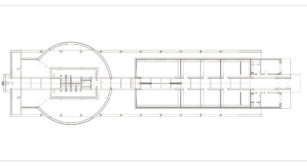 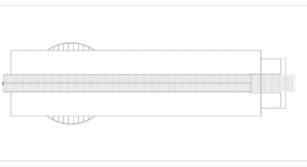 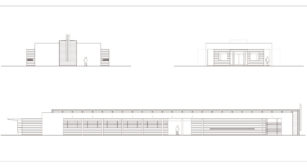 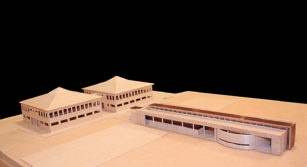 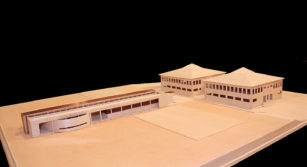 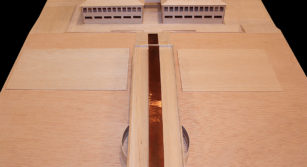 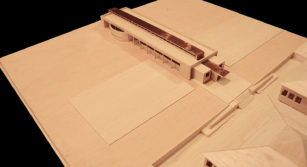 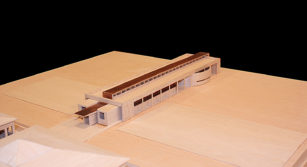 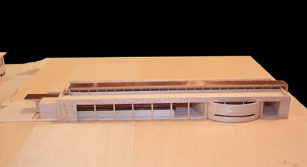 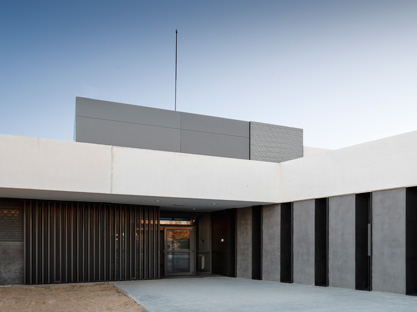 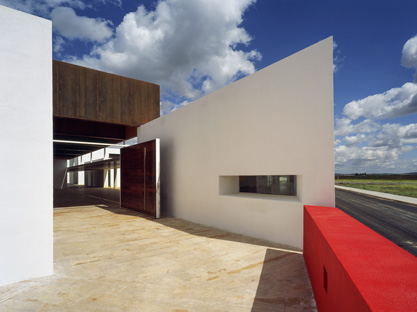 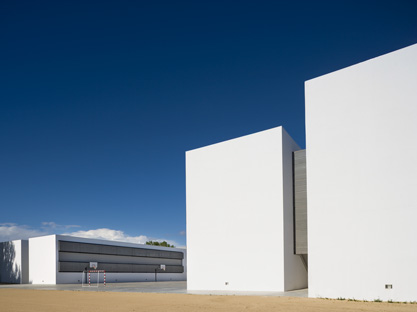